NEW YORK (AP) — Joan MacDonald’s health was in shambles at age 71. She was overweight and on numerous medications with high cholesterol, rising blood pressure and kidney trouble. Her daughter, a fitness coach, warned that she’d wind up an invalid if she didn’t turn things around. She did, hitting the gym for the first time and learning to balance her diet with the help of a brand new tool, an iPhone. Now 75, MacDonald is a hype beast for health with a bodybuilder’s physique and 1.4 million loyal followers on Instagram. She’s among a growing number of “grandfluencers,” folks 70 and up who have amassed substantial followings on social media with the help of decades-younger fans. 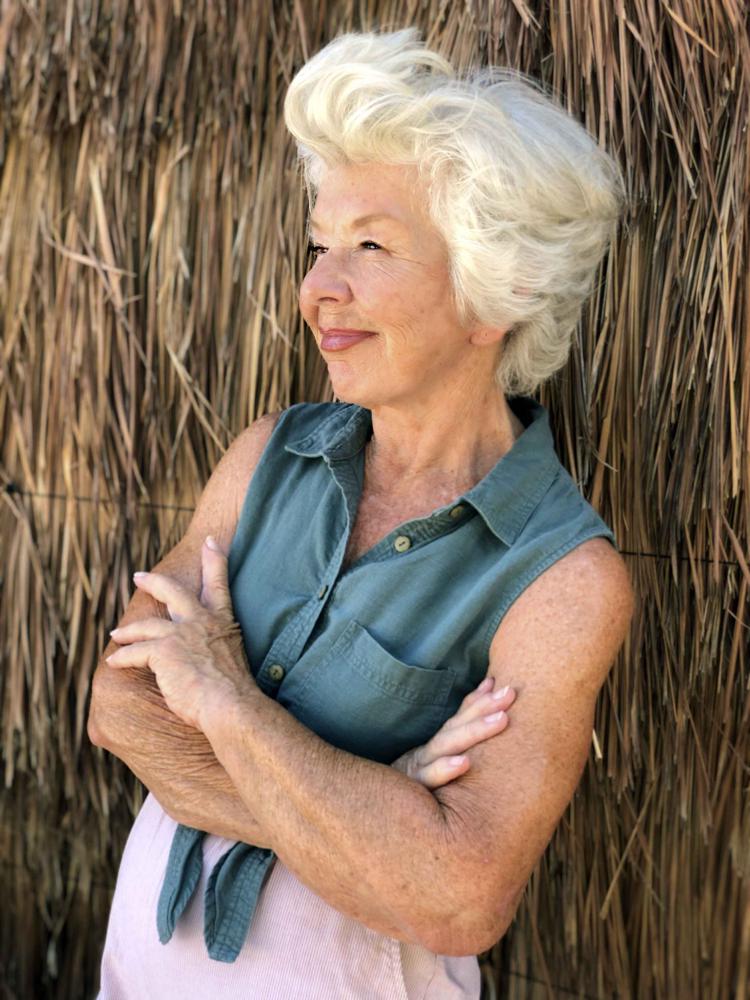 Joan MacDonald, 75, is among a growing number of “grandfluencers,” (Michelle MacDonald via AP)

“It’s so rare to find someone her age being able to do all these things,” said one of her admirers, 18-year-old Marianne Zapata of Larchmont, New York. “It’s just such a positive thing to even think about.” Both aspirational and inspirational, older influencers are turning their digital platforms into gold. MacDonald has paid partnerships with the sportswear and supplement brand Women’s Best, and the stress-busting device Sensate. And she just launched her own health and fitness app not so many years after learning how to use digital technology herself.

On TikTok, four friends who go by @oldgays — the youngest is 65 — have 2.2 million followers, including Rihanna. They have an endorsement deal with Grindr as they delight fans with their clueless answers to pop culture questions. Others focus on beauty and style, setting up Amazon closets with their go-to looks and putting on makeup tutorials live. Lagetta Wayne, at 78, has teens asking her to be their grandmother as she tends to her vegetables and cooks them up in Suisun City, California, as @msgrandmasgarden on TikTok. Wayne, with 130,500 followers amassed since joining in June 2020, owes her social media success to a teenage granddaughter. Her very first video, a garden tour, clocked 37,600 likes. 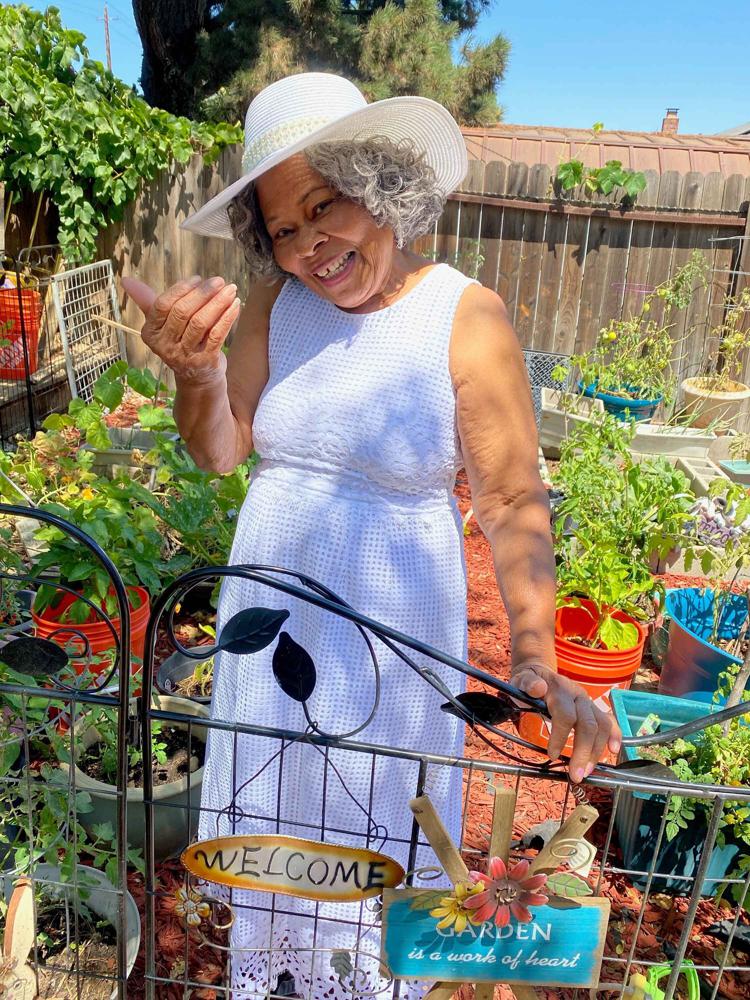 Lagetta Wayne, 78, in her garden in Suisun City, Calif. KiKi Rose via AP)

“One day my garden was very pretty and I got all excited about that and I asked her if she would take some pictures of me,” Wayne recalled. “She said she was going to put me on TikTok and I said, well, what is TikTok? I had never heard of it.”

Most people ages 50 and up use technology to stay connected to friends and family, according to a 2019 survey by AARP. But less than half use social media daily for that purpose, relying on Facebook above other platforms. Just 37% of those 70 and older used social media daily in 2019, the research showed. Since coronavirus struck, older creators have expanded their horizons beyond mainstay Facebook and gotten more voracious, often driven by the growing number of feeds by people their own age, said Alison Bryant, senior vice president for AARP.

In the California desert town of Cathedral City, Jessay Martin is the second youngest of the Old Gays at 68. “I thought I was going to spend the rest of my life relaxing pretty much, and I do, but this is picking up more for us. I had a very structured week where Monday I worked the food bank at the senior center, Tuesday and Friday I did yoga for an hour and a half, Wednesday I was on the front desk at the senior center. I was just sort of floating by, not being social, not putting myself out there in the gay community. And boy, has the Old Gays changed that,” Martin said.

Like MacDonald, they do a lot of myth busting about what’s possible in life’s sixth, seventh and eighth decades.

“They’re showing that anybody can do these things, that you don’t have to be afraid of aging. The 20 and 30 something’s don’t often think about that,” Bryant said. “The authenticity that we’re seeing in some of these older influencers is really refreshing. That’s part of the complexity of their narratives. They’re bringing other parts of their lives to it. They’re grandparents and great-grandparents and spouses. They’re more comfortable in their own skins.” 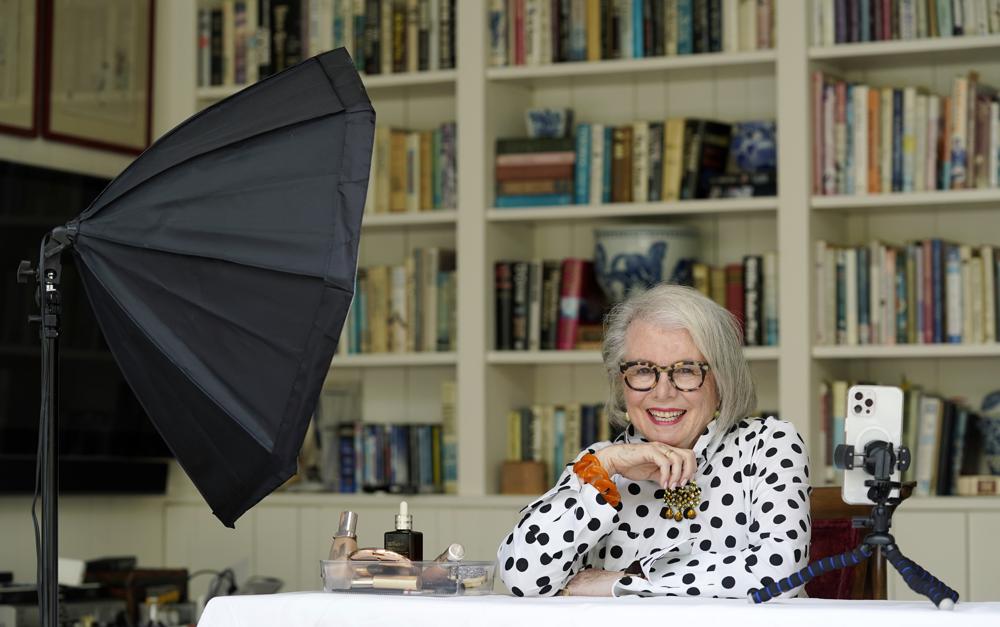 Sandra Sallin, a blogger and artist, has slowly built her following to 25,300 on Instagram. Her reach recently extended to the British Olympic gold-medal diver Tom Daley, who raved about her mother’s cheesecake recipe after his coach spotted it online and made it for her athletes and staff. Sallin, a lover of lipstick who focuses on cooking and beauty, also shares photos from her past and other adventures, like her turn last year in a vintage Spitfire high above the Cliffs of Dover.

“I wanted to expand my world. I felt that I was older, that my world was shrinking. People were moving, people were ill,” Sallin said. “So I started my blog because I wanted to reach out. After that, I heard about this thing called Instagram. It was really hard learning it. I really stumbled my way in. I’m shocked because most people who follow me are 30 and 40 years younger. But there are people who are older, who have kind of given up and say, ‘You know, I’m going to start wearing lipstick.’”

Toby Bloomberg, 69, in Atlanta is a Sallin supporter. She discovered Sallin after Sallin competed on the short-lived Food Network show “Clash of the Grandmas.”

“She talks a lot about aging. That’s quite an unusual phenomenon on social media, which is obviously dominated by people far younger than we are,” Bloomberg said.

MacDonald said she was surprised at the beginning that people actually cared what she had to say.

“Why would people want to follow an old broad,” she giggled from her home in Ontario, Canada. “My daughter, Michelle, cleared that up. She said it’s what you’re representing, that people can do what they think they’ve not been able to do or were told that they couldn’t do.”

Grace Maier, 32, is home full time with her two kids, ages 6 months and 2. She follows Barbara Costello, a 72-year-old Connecticut grandmother who uses the handle @brunchwithbabs.

“She does these posts, ‘Did your mom ever tell you?’ and I followed her immediately on Instagram,” Maier said. “Her content brings me joy! She’s got all of these life hacks and tips that remind me of things my grandma shared with me before she passed. She also doesn’t take herself too seriously and just seems like the kind of person who would welcome you into her home.”

Mae Karwowski, founder and CEO of the influencer marketing agency Obviously, has more than 100 influencers in her network between the ages of 60 and 80. With more than a billion users on Instagram alone, she points to the successes on that platform of 93-year-old Helen Ruth Elam (baddiewinkle), 67-year-old Lyn Slater (iconaccidental) and 100-year-old style legend Iris Apfel.

There’s another aspect to the reach of seniors: Grandparents and grandchildren who have teamed up to share their adventures together, from traveling the world to Nerf gun battles.

“Mainstream media, I would say, presents a really narrow viewpoint on this age group. What’s great about social media is you can follow a really cool 75-year-old woman who is just doing her thing in Florida and that’s fun. That’s different. And she’s funny,” Karwowski said. “The 21-year-old fashion model influencer is managed. She has a team. She has designers falling all over themselves to give her everything. She has professional photographers. A lot of these 70-plus influencers are doing it all.” 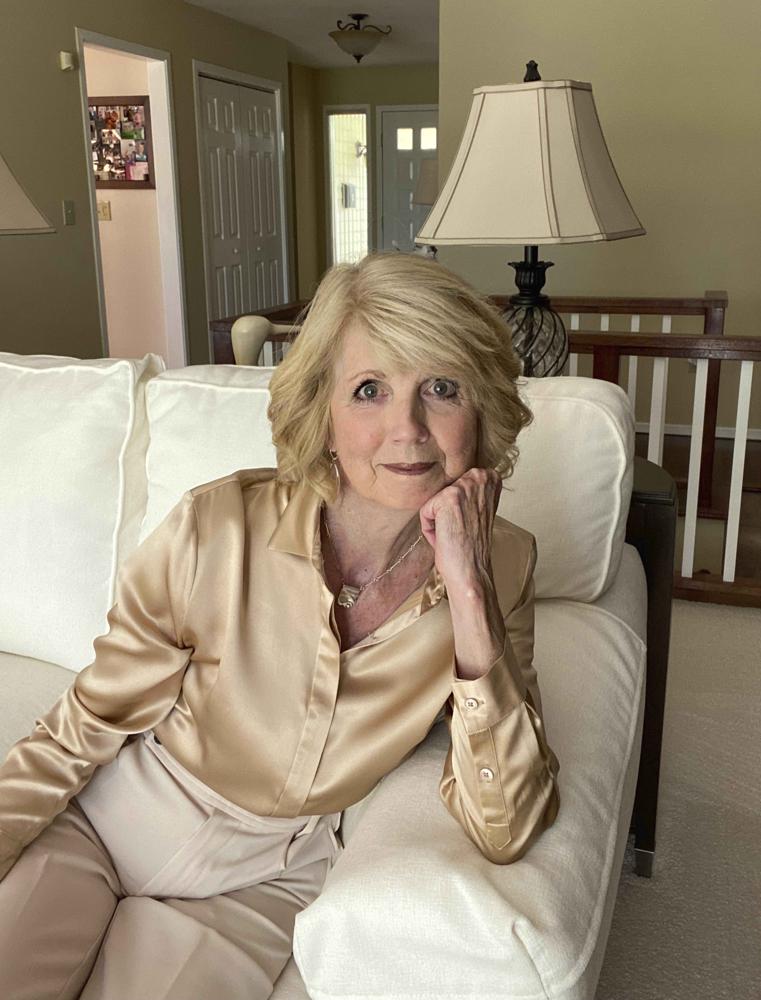 Candace Cima, 74, taught herself to shoot and edit video for Instagram by watching YouTube tutorials. She hopped on the platform in February 2019 as a fresh voice on fashion and style while encouraging her audience not to be afraid of aging. Her husband sometimes helps out with photos for @styleinyour70s.withleslieb (Leslie is her middle name).

“I’m still in that learning curve, I have to be honest. Two and a half years ago, I didn’t even know what an influencer was,” said Cima, in Ithaca, New York. “I’ve always had a lot of ideas about aging. I don’t understand why aging has such a negative connotation.”

With 37,900 followers, some of her youngest fans have shared with her why they care: “They don’t want to age the way they saw their relatives aging,” Cima said. “They feel like they can learn something.”